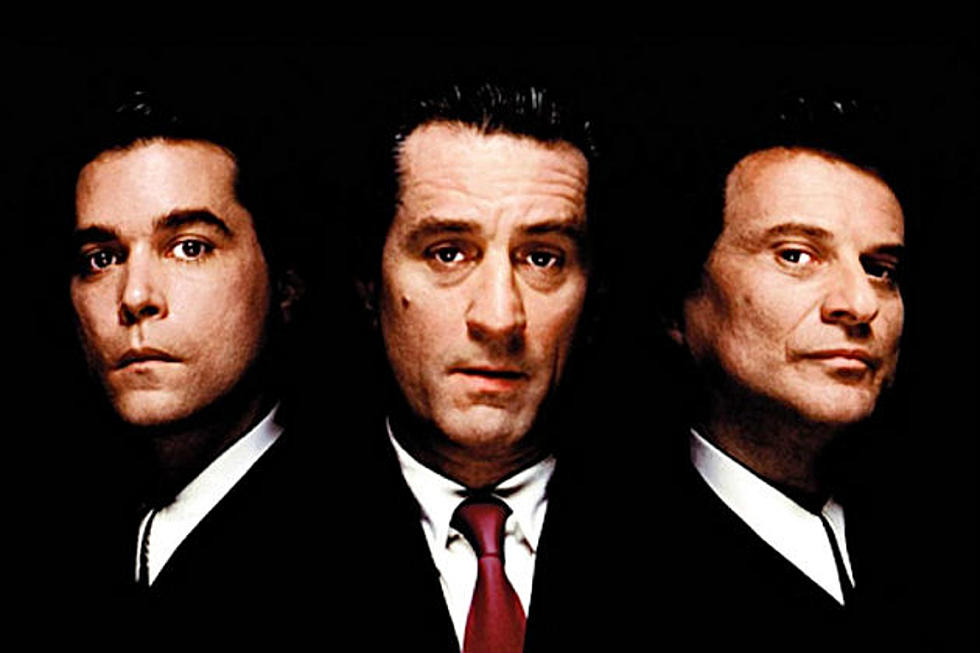 Let’s play a little game of visualization: it’s your first day on the options desk and you’re surrounded by seasoned traders. They’re all talking about the action—and you don’t understand a thing that they’re saying. It’s almost as if they’re speaking an entirely different language.

You mean your econ classes didn’t prepare you for this?

Somewhere between slang and incoherent thought, “trade speak” is in a league of its own. From adapted meanings to newly created terms used to describe everything from the type of action to tickers to order types, the trading world is full of terminology that really has no place outside of the screens and the floor.

What makes the Steamroom different?

Wall St. Jesus created this terminology to remove the intimidation factor around learning to trade. One of the ways finance professionals protect their jobs is by scaring non-finance folk with scary, complex sounding words. Wall St. Jesus changed the game by stripping down the language to keep it simple and straightforward as possible.

In the process, he coined many of the terms you’ll see used on Twitter and trading floors around the world.

Flow is a running ledger of the most important transactions occurring in a particular option. For the Steamroom, that means the order types below. This information, when you know how to use it, provides a glimpse into the future by showing you the bets that can move markets.

From a trading perspective, you’re trying to identify which direction the Flow is leaning. Is it bullish, bearish, or inconclusive? Logically, you’re looking to keep yourself on the side of strength.

And equities traders take note, this stuff applies to you too. Hedging goes both ways. Options bets are hedged in equities and equity bets are hedged in options. In other words, that huge equity Block could just be someone hedging a Block of options they just sold. You’ll only know if you follow the Flow.

The Wiseguy Alerts and Private Twitter Feed provide the most important Flow based on algorithmic filters, and, most importantly, Wall St. Jesus’ professional opinion. Yes, every alert that you see has been blessed by the son of the options Gods himself.

It’s important to note that Flow is NOT a buy or sell signal. You can’t just see an order and assume that, on its own, it’s telling you to place a trade. Flow is only valuable when you place it into a larger context. That’s why the Steamroom has Wall St. Jesus live on the microphone throughout the day as well as an incredible community of traders analyzing what matters and what doesn’t.

When water starts getting hot, eventually you’re going to create Steam. The same applies in analysis of options Flow: Steam is Flow that’s starting to really heat up. It’s a concentration of action in the same strike or similar strikes, and can even extend across different expirations. The point is that a consistent barrage of buying/selling is hitting the market.

Wiseguys are the pros in the know, whether they’re fund managers, traders within a broker dealer, or some other institutional player. They always know more than you via proprietary analytics, dark edge, special order types, and personal relationships that provide them information the market doesn’t have (don’t ever let anyone tell you the market is a level playing field). They also trade in exponentially larger size, which means they can move markets.

We track Wiseguy activity because it’s a very strong indicator as to where markets are going next, and unlike many forms of market analysis, not many traders do it well.

Officially known as an Intermarket Sweep Order (ISO), a Sweep is a liquidity destruction device. Not actually, but its impact sure sucks all the available liquidity out of the market.

When dealing with Sweeps, it’s important to understand some market structure behind how they operate.

In application, a Sweep order occurs when a traditional Block order is split at the exchange level. What this means is someone comes in with an order that is greater in price/quantity than what the market has readily available at multiple price levels. When this happens, the Block gets split and is sent across the various exchanges (BBO by BBO) until it fills the entirety of its desired quantity or there is no longer any liquidity available within the price confines of the order.

When a Wiseguy uses a Sweep, it means they’re hungry to get their order filled and they’re coming in with size, and that means they’re likely to move the price.

Sweeps are BY FAR the most important type of order we track in the Wiseguy Alert feed.

Sweepers are those who sweep frequently.

As you achieve scale, it gets harder and harder to consistently source liquidity. The market gets smarter. This leaves some big-time traders with a tough choice: risk not filling enough size to make the trade worthwhile or blast the market and take all the liquidity you can get your hands on.

Multi-sweeps are what they sound like: when multiple sweeps happen in the same name within a close enough timeframe to be relevant to each other. Sometimes it’ll be action in the same expiration or strike, other times they’ll spread the action out across expirations to buy themselves some extra time. In any case, when multi-sweeps are happening you want to pay attention.

It should go without say that the more Sweeps there are in a single direction, the stronger an indication it is that momentum is going that way. And when it comes to Multi-Sweeps vs. Sweeps, that general theory applies. Being that Multi-Sweeps indicate that there is continued attention from one or more Wiseguys, their presence holds slightly more weight than a normal Sweep.

More attention = more volume = a better read on what’s going on. That’s why we closely track Multi-Sweeps in the Wiseguy Alerts.

Though some prefer to define Blocks by dollar amount, others prefer contract count. The truth is, it doesn’t really matter how you define it: a Block is a seriously large order getting executed all at once. It tells you that someone, big, is in a real hurry to get their fill. Blocks often get split at the exchange level and become Sweeps as a result. Size is size, split or whole.

By now you’re probably thinking to yourself, “geez, Blocks and Sweeps are really similar”. Yeah, they are. And while the difference between the two lies solely in whether or not the order is split at the exchange level, their meanings couldn’t be more polar.

A Block tells you that a Wiseguy is in a hurry to fill, but it also tells you that there is more liquidity hidden on the BBO. If there wasn’t, the order would need to be split and would turn into a Sweep. As a result, a Block doesn’t have the ability to move the market as immediately as Sweeps, which hold a slightly higher value to intra-day trading.

We track Blocks in the Wiseguy Alerts, even though they aren’t as immediately important as Sweeps and Multi-Sweeps.

When a Block is too large to fill at any one liquidity provider, it gets “split” into smaller orders executed across difference exchanges and liquidity pools. As such, Blocks and Splits are extremely similar and have an almost identical effect on markets.

Similar to the Wiseguy, the Sharp is another type of industry insider. Where the Wiseguy is just in the know, the Sharpie knows and doesn’t lose. When you catch them in the Flow, you need to pay attention.

No, we’re not talking about the gum from your childhood. That stuff was good though, wasn’t it? Jesus coined the term Bazooka Joe for the traders who comes blasting in with a huge order. A Bazooka Joe takes up a large quantity of contracts, indicating that they’ve got a real lean on the market.

Unlike equities, options have an expiration date. They die, literally going to zero unless the underlying price is trading above or below the strike (depending on put/calls). As time ticks away, eventually traders are met with a decision: roll the position or cut the position. Rolling is the process of exiting your current position and going to a further expiration and putting on the same/similar position—in effect you’re buying yourself more time.

When it comes to Rolling-up, you’re usually dealing with profit taking. Whereas traditional Rolling typically involves moving further out in timeframe, Rolling-up involves rolling into a higher strike. You’d really only do this when your current position is somewhere ITM and you think there is more to the move but you’re getting worried about how much time is left until expiration. It’s a fresh position, manage it accordingly.

Max Pain is a fun concept: it’s basically the market equivalent of a bonfire where only options sellers are used as fuel.

To interpret this information, take a look at your options chain. Typically, Max Pain is indicated by finding the put/call strike that has the largest Open Interest (OI). The idea is that if the market price of the underlying surpasses the strike price holding the largest OI, the options sellers have to pay out the most. Max Pain, get it?

First: There’s been a lot of buyers of the $105 calls—new contracts created are what makes OI increase.

Second: There’s been a lot of sellers of that $105 call— and that’s important because while buyers of options have known risk (price paid per contract), the sellers of calls have unlimited downside risk. That makes them more likely to trade defensively and skittishly.

In this case, Max Pain would be a move through $105 in the underlying equity. If the stock finishes at expiration above $105, the options sellers will have to cover whatever exercises come their way, representing a loss to their books. Otherwise, they take all that premium they sold the options for and continue buying their martini lunches.

Understanding when Sentiment shifts against your position is an invaluable skill, and one of the things that distinguishes amateur traders from professionals.

In the Steamroom we’ve built the Squeeze-O-Meter—which tracks options action to provide a better read on Sentiment—for our traders. The Squeeze-O-Meter, which is updated by Wall St. Jesus in real-time, is a straight-forward put/call indicator used in a contrarian manner to help identify when sentiment starts to shift.

That’s it folks! When you revisit your imaginary options trading floor—or login to the Steamroom—you’ll know what everyone’s talking about. And that’s the first step to leveling the playing field.